When a loved one dies, their estate must be collected, debts and taxes must be paid, and the estate must be distributed according to the decedent’s will or state law. During a succession, all assets must be transferred to the deceased’s heirs. According to Louisiana law, when a person dies, their assets are immediately moved to the beneficiaries; however, proof must be provided to the court that states the beneficiaries are the legal owners of the estate’s assets. A New Orleans Succession Lawyer will help you review the will, contact the heirs, file the appropriate paperwork in the courthouse and get the judgments of possession. Therefore, placing the property and accounts in the heirs names.

If you are looking to speak with a lawyer regarding probate, estate planning or successions, contact a trusted New Orleans succession lawyer from the Weiser Law Firm, LLC 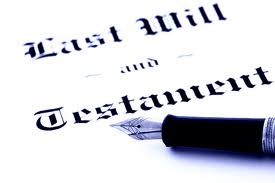 Schedule a Consultation with a New Orleans Succession Lawyer