Murder and Attempted Murder are two of the most serious criminal charges a person may face. If convicted of murder in Louisiana, you may face a severe sentence like life in prison or even death. This is a complicated section of the law and the charges and potential sentences are serious, so you need a qualified, experienced Louisiana criminal defense attorney who will work to protect your innocence and your future. Call Harold E. Weiser today at 504-358-2273 or 504-220-9086 to schedule a free consultation with your Louisiana Murder or Attempted Murder defense attorney. 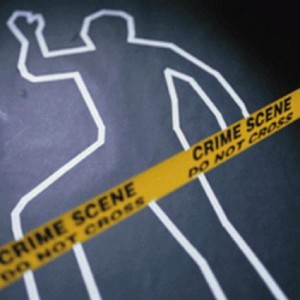 If you have been arrested for or charged with murder or attempted murder in any of these areas or elsewhere in Louisiana, the experienced murder defense team at the Weiser Law Firm in New Orleans we will work with you to craft an appropriate defense to these charges. In many cases, we will work to get those charges reduced to negligent homicide or manslaughter charges, less serious charges with correspondingly less severe sentences. With a strong defense crafted by the lawyers ate Weiser Law Firm, you may even be acquitted of your homicide, murder, or attempted murder charges.

The consequences of a murder or attempted murder charge can become even more severe if the police or investigators claim that the alleged murder or attempted murder occurred in conjunction with another crime like rape or robbery, if it involved the use of a weapon, or if you have any prior convictions. In these cases, The Weiser Law Firm  will work to minimize the influence of these factors, in addition to working to reduce the main charge.

In certain cases, Attorney Harold E. Weiser III, the murder defense attorney may be able to argue that the murder for which you are being charged was actually a justifiable homicide. In Louisiana, a homicide is legally justifiable when:

In other words, if the homicide in question is proved to have been committed in defense of your property, yourself, or others, it is not murder but rather justifiable homicide.

As someone charged with murder in Louisiana, you have constitutionally guaranteed legal rights

If you are charged with or arrested for murder or attempted murder in Louisiana, you must make sure to not provide any information to police or investigators until you have spoken with a lawyer. You have the legal right to an attorney and do not have to say anything until you have spoken with your legal representation. Anything you tell police can and will be used against you by the prosecution, so insist upon your right to an attorney. From the moment you contact and hire the Louisiana murder defense attorneys at The Weiser Law, we will work to protect your rights while conducting our own investigation, in order to protect your reputation and your future.

According to the Louisiana legal code, homicide is defined as the killing of another person and can be divided into a number of categories. The most serious form of homicide is murder, which is intentional homicide or homicide committed in the course of a violent crime. Other types of homicide, all of which are also very serious, are manslaughter, negligent homicide, and vehicular homicide. If you have been arrested for or charged with any of these crimes in the state of Louisiana, call The Weiser Law Firm at 504-358-2273 or 504-220-9086  to speak with a New Orleans homicide defense lawyer.

Manslaughter in Louisiana is a homicide that would normally be considered first- or second-degree murder, but which was committed in such a sudden passion that a normal person would be deprived of their regular faculties. A homicide is only manslaughter rather than murder if it was committed immediately following provocation. If the jury believes that enough time had passed that your “blood had actually cooled”, you will be charged with murder instead.

Regardless of the circumstances surrounding your Louisiana manslaughter charge, The Weiser Law Firm is here to help. As a person charged with a crime, you have certain constitutionally guaranteed legal rights which The Weiser Law Firm is able to protect. From our law office in Mid-City New Orleans, we will conduct our own investigation into the incident to determine if the prosecution has enough evidence to support the manslaughter charge. We will negotiate to have your charge dropped, dismissed, or reduced to negligent homicide if possible, as well as negotiating to have your sentence reduced. If necessary, we will try the case in the local or state court.

If convicted of negligent homicide, you may face up to five years in prison, unless the victim was under 10 years old, in which case you will face two to five years without the hope of parole or suspension.

You will only be charged with vehicular homicide if the homicide occurred while you were impaired by alcohol or drugs. In this way, the guidelines for vehicular homicide are very similar to those for DUI or DWI in Louisiana. The Weiser Law Firm boasts an experienced and certified Louisiana DUI/DWI lawyer who deeply understands the law as it pertains to your vehicular homicide charge. He will craft an appropriate defense for your case and work to have your charges dropped, dismissed, or reduced.

The sentences for vehicular homicide in Louisiana are steep, and you may see yourself facing up to $15,000 in fines and up to 30 years in prison. The experienced Louisiana homicide defense lawyers at The Weiser Law Firm are skilled at negotiating to minimize sentences in order to minimize your loss of freedom and livelihood.

Centrally located in Mid-City New Orleans, the Weiser Law Firm serves clients from across Louisiana, including:

Because of the severity of the crime, law enforcement in all parts of the seven-parish Greater New Orleans area take charges of murder, attempted murder, Homicide or Manslaughter very seriously. If you have been charged with either of these crimes anywhere in the New Orleans-Metairie-Kenner area, including the Northshore and River Parishes, The Weiser Law Firm can help you preserve your innocence and your good name.